A picture is worth a thousand words, or so the saying goes. Over the past month, a variety of companies have employed this idea in new commercials, videos, and apps to increase knowledge of and action around the food waste problem. Big companies like Morton Salt and advertising firms like The Ad Council are using illustration and human interaction to bring awareness to the food waste problem, making these videos and apps well worth a view.

Morton Salt joined the food waste movement with the #EraseFoodWaste campaign by producing a bitingly accurate commercial titled, “Questions.” In an effort to highlight the amount of food that individuals waste, Morton parodies questions asked by the local and organic food movements to highlight the need to extend questioning further to include food waste. The short commercial illustrates someone throwing away brown bananas while asking, “Why don’t we ever have anything to eat?” and patrons at a restaurant asking their server, “Did you personally know the pig that forged for these truffles? Was he nice?” The campaign ends with this: “If we are asking so many questions about our food, shouldn’t we be asking why so much is wasted?“

This commercial is well worth a watch. Find it here.

SheKnows Media and The Ad Council collaborated to produce a new video featuring young “food waste warriors” raising awareness about household food waste. After providing staggering food waste statistics to the tween-age students, the companies sent groups of these warriors undercover into their homes to find out just how much food their families were wasting. After witnessing perfectly edible food being thrown away, the tweens confronted their parents and worked to find solutions to reduce the amount of food that their families were wasting. The video has helped spark conversation about reducing household food waste before it’s too late. 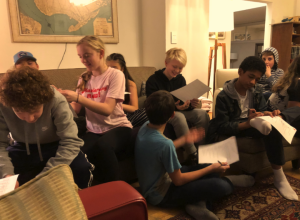 A new app called GoMkt has become a platform for environmentally-conscious retailers to connect with money-conscious consumers. The app enables retailers to reduce their profit-loss by combating the mounting food waste problem and delivering deals to consumers by hosting “flash sales” of food items that are close to being wasted. When retailers post their flash sales, consumers can view the offers and make their purchases directly on the app before picking up their goods from the retailer. While the app can currently only be used in New York City, similar models for reducing food waste will hopefully be found around the country soon.

Read a full description of the app here. 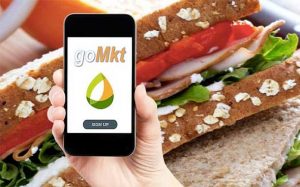